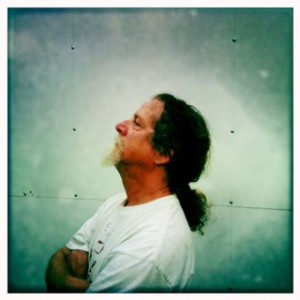 Ray Tatum is one of Austin’s most accomplished and best known chefs. Born and raised in ATX, Ray learned to cook on his own and his first cooking gig was at The Split Rail, doing comfort and Cajun food. From there he worked with Chef Emile at Bloom’s, and then with Michael and Shannon Sedgwick at Buffalo Grille. He was then an award winning executive chef at Jeffrey’s, Austin premier fine dining destination, for 12 years. From there Ray went on to be executive chef at Jean Pierre’s Upstairs, at 612, and at Brio; he worked with Eddie Wilson at Threadgill’s, and then settled for years at Backstage Steakhouse, before leaving to open Three Little Pigs.

Ray has been at the crest of Austin’s culinary wave for decades; he’s cooked pretty much everything you can think of, from any culture or cuisine, and cooked it immensely well. He has a very loyal following among Austin’s diners, and they love his food for a very good reason….it’s damn good. Ray knows and makes great food.